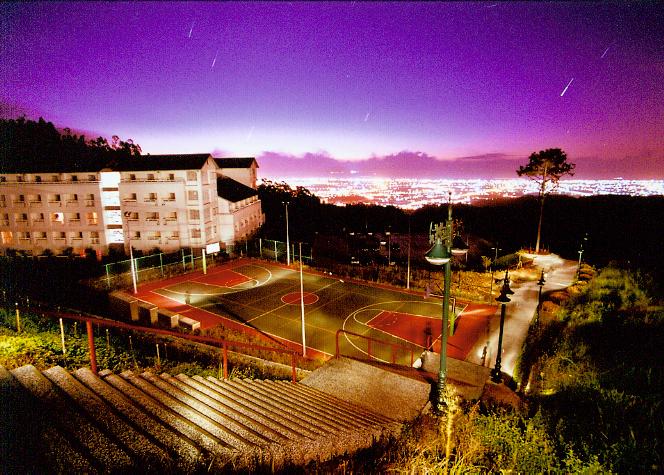 Fo Guang University： Taiwan’s first traditional residential college in a modern mode
​​​
Fo Guang University was founded by Venerable Master Hsing Yun, the founder of Fo Guang Shan. It is the first university in the Lanyang area, Yilan county, in Taiwan. It is situated on the mountain in Linmei village, Jiaosi township, in Yilan county. The campus is about 430 meters above sea level, with a breathtaking view of both the Lanyan Plain and Turtle Island in the Pacific Ocean. The campus is surrounded by the beauty of its exquisite natural setting, infusing it with spiritual energy and inspiration. Its classrooms are furnished in quaint simplicity. Small classes allow for a low of teacher/student ratio as enhancing good learning environment.

Fo Guang University first broke ground in 1993 and in seven years, the school was established on the mountain in Linmei village, and was already able to begin recruiting students in 2000, under its former name, Fo Guang Humanities and Social Science College. Students first began to enroll in the university’s undergraduate programs in 2002 and formed small classes of thirty to forty students in each department. The school was renamed "Fo Guang University" in August, 2006.
Currently there are five colleges: Humanities, Social Sciences and Management, Creativity and Technology, Lohas and Industries, and Buddhist Studies. Fifteen departments are under these five colleges according to each of their subjects. With the exception of the Department of Health and Creative Vegetarian Cuisine, all departments offer a Master’s degree. In addition, the departments of Chinese Literature and Application and Buddhist Studies offer PhD degree programs.

The motto of Fo Guang University, based on the teachings of Venerable Master Hsing Yun are: Righteousness (Yi), Uprightness (Zheng), Way (Dao), and Kindness/Compassion (Ci). Righteousness (Yi) refers to the internalization and transformation of intellectual knowledge to practical knowledge, enabling the individual to think critically and make independent judgements. Uprightness is the conscious awareness of high standards of upright conduct, and the capacity to know how to be motivated to act rightly. Way is being inspired by true reality, in addition to becoming learned by broadening one’s knowledge. Kindness/Compassion refer to caring for and serving others and society with gratitude, joy, and equanimity.

Although Fo Guang University is young, it is deeply concerned to provide education aligned with historical tradition. Thus, it has a strong, experienced faculty, who are not only deeply engaged in research and thus able to both inspire their students’  intellectual pursuits, but who are well qualified to cultivate in them the capacity to live their lives in a way of well-educated in accordance with high standards of conduct.